A timely re-assessment by over twenty visionary writers of the many facets of the life of the great Elizabethan, Sir Francis Bacon, and his relevance for our time. 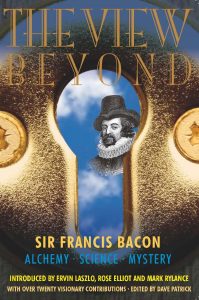 to mark the 450th anniversary of his birth, this book contains a wealth of interesting and also intriguing information about the man considered by many to have greatly contributed to the advancement of human knowledge. Philosopher, author, essayist, esotericist, lawyer and scientist, he was also adviser to both Queen Elizabeth I and King James I of England. The various chapters explore his plan for the advancement of knowledge, his association with emerging esoteric societies of his time such as Freemasonry and Rosicrucianism, his scientific research and his vision of a utopian civilization, a new Atlantis, across the Atlantic. It is widely believed that Bacon contributed to the development of a new political and social order in North America. A man of genuine religious conviction, he was also associated with mystery and intrigue during the dangerous and tumultuous times in which he lived. Known for his expansive learning, extensive literary output and his interest in theatre, it is therefore not surprising that he is also considered to have been the secret author of the Shakespeare plays. In its pages you will learn why Francis Bacon has relevance for our time and is believed to have set the stage for a new age. Published by Polair Publishing, London, England.

Canada ‘s greatest historical mystery, and what is considered to be the longest on-going treasure hunt in history, described in detail. 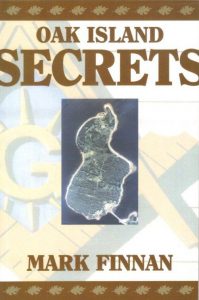 and written while the author lived adjacent to Oak Island, the book describes the history of the 200 year plus hunt for a treasure, believed to be buried on the small island off Nova Scotia ‘s south-east coast. Various theories about who may have been responsible for the elaborate underground workings, the stone markers and the effective water traps are explored, as is the possible nature of the still elusive treasure. This ranges from priceless Inca artifacts, Spanish gold and pirate booty to the missing original manuscripts of Shakespeare’s plays. The author reveals evidence of a Masonic connection to the mystery and delves into the known and speculative history of Freemasonry. Guaranteed to intrigue, inform and entertain. Published by Formac Publishing Co. Ltd., Halifax, Nova Scotia, Canada.

The story of the fourteenth century Scottish nobleman Henry Sinclair, a member of the Templar family of Rosslyn, and his alleged voyage across the North Atlantic from Orkney in 1398. 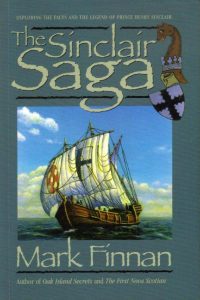 research on both sides of the Atlantic, the book explores the speculation that the voyage brought remnants of the Templar Order and its reputed treasure to North America. A controversial Venetian map, a disputed document describing a lengthy sea voyage and unexplained ruins and rock markings on the east coast, are presented as circumstantial evidence of the Sinclair crossing. The author also traces the origins and the exploits of the medieval Knights Templar, warrior monks who fought to restore Jerusalem and the Holy Land to Christendom in the 12 th century. He also provides a history of the romantic and heroic legend of the Holy Grail and suggests its significance for people today. Published by Formac Publishing Co. Ltd., Halifax, Nova Scotia, Canada. 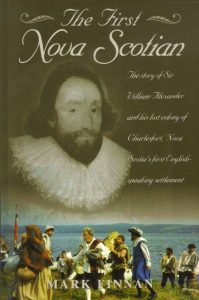 story of a visionary individual, holder of high office in the court of King James 1 of England, and his determination to establish the colony of Nova Scotia. The book describes the daring journey and difficulties faced by a group of settlers who came to our shores in the early 1600s and includes the contents of a rare historical document, the first known letter sent back from mainland Canada to England. It describes the natural beauty and bounty of the country’s east coast at the time as well as the lifestyle and generous nature of its native people. There is also an account of the discovery of the remains of the long lost, historic settlement of Charlesfort. A treat for Canadian history buffs. Published by Formac Publishing Co. Ltd., Halifax, Nova Scotia, Canada.

The Edgar Cayce Story of Christmas

The Body as the Temple

Attuning to and Expressing your Higher Self