Since ancient times the arts have been used to express our highest aspirations and aid us in our desire for transcendence. The arts can remind us of who we really are and what we are capable of. Now, perhaps more than ever before, we need the arts to help foster harmony and wholeness within ourselves, within our communities and around the world. Travel back through the timeless art of theatre, of the spoken word, of sacred music and song, to an ever present place within your own soul, where the silent memory remains of the glory of your own divinity.

The story of the birth of Jesus of Nazareth as you have never heard it before. 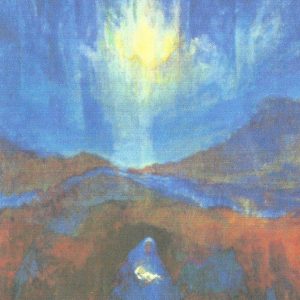 is now two years since the events of that extraordinary night. Apsafar, the Bethlehem innkeeper, welcomes a group of travelers who have come to find out if the rumour that the long awaited Jewish Messiah was born nearby is true. Apsafar readily responds to their enquiries, revealing long held secrets and his real reason for turning the couple from Nazareth away from his door. The Christmas story for enquiring minds and spiritual seekers.

Click here to watch a performance of “The Messiah Mystery”

The Master and the Essenes

Set in a Roman prison around 65AD, this inspiring and informative sacred drama tells the dynamic and moving story of the life and times of the Christ as witnessed by a wandering Greek actor named Demetrius. 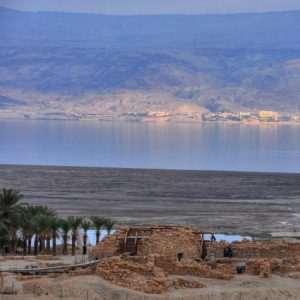 the course of this two act play Demetrius recalls for his fellow Christian prisoners what it was like to follow the man Jesus as he walked, taught and healed throughout the villages, towns and countryside of ancient Palestine. He also describes his unusual encounter with the mysterious Essenes and the important part played by this Jewish mystical sect in the birth of Christianity. Although set in the past, Demetrius’ story reminds us that there is hope, healing and a divine destiny for all of us as we endeavour to follow the example and live the spiritual teachings of the Nazarene day by day.

A New Heaven and a New Earth

The Revelation, the most mysterious and misunderstood book in the Bible, brought to life by the apostle who experienced it, as a powerful affirmation of our purpose and potential as spiritual beings on this earth. A sacred drama for all time. 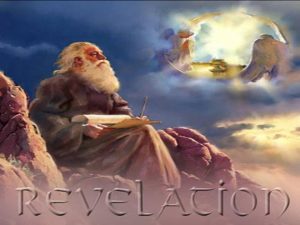 is 96AD. The elderly apostle John the Beloved, recently released from exile on the island of Patmos, where he experienced the Revelation given him by the Christ, has found refuge on a hillside above the city of Ephesus in the Roman province of Asia Minor. After welcoming a number of Christian followers from other parts of the region and knowing of the hardships and trials they have endured, due to persecution and the worldly influences that surround them, he willingly shares with them some memories of his time with Jesus. Then, to strengthen them in their faith and to reassure them of the glory that exists for all who follow the Christ way, he readily recalls sequences from his remarkable vision on Patmos. In describing the dramatic conflicts and sublime encounters that culminate in the ultimate triumph of light over darkness and the coming of a New Heaven and a New Earth, he also reveals the meaning of his highly symbolic vision. A sacred journey that all may embark on, be enlightened and empowered by, and the divine destiny that awaits us as seekers after God.

“Unity of Lehigh Valley was blessed to experience The Master and the Essenes, as part of our 2010 Easter season of celebration. Mark Finnan is a masterful professional. The play is written to convey a sense of the historical and cultural time of Jesus as well as the mystical experience that defies language. His acting engaged the audience from the opening to the closing moments. We look forward to future productions and being able to invite Mark back to Unity of Lehigh Valley.”
Rev. Joy Wyler

“Mark Finnan’s drama The Master and the Essenes added a powerful dimension to the Easter season for us here at Unity Church of Palmyra.
I found the drama to be very moving and informative. I know it was a blessing to all who attended. A beautiful, heartfelt presentation. I look forward to experiencing Mark’s new drama on Revelation in the future.”
Rev. Julie Vance

“I very much enjoyed the presentation. Mark’s portrayal brought to light so many things I did not know about the life of Jesus. Thank you for a great performance and an awesome experience.”
Valerie Henry

“A masterful work of a different perspective on the life of Jesus, as told by Demetrius, from his prison cell. Riveting.”
Fran Luckenbill

“Through Mark’s drama I was able to gain a new perspective and appreciation for the events surrounding the life of Jesus.”
Ellen K.

“A wonderful experience, thank you.”
“What a gift you gave us.”
“This was a special evening for us.”
“You brought the Christ spirit alive through the power of your writing and your acting.”
Audience members

“The congregates of Unity Fellowship Church found the sacred drama The Master and the Essenes to be both spellbinding and informative.
Mark Finnan as Demetrius, an imprisoned follower of Jesus, was very successful in drawing his audience into reliving his association with the Essenes and the Master. The drama was well written. It was very easy for the audience to follow the dialogue as the character traveled from country to country and experience to experience. Mark Finnan does a great job presenting this spiritual and thought provoking drama.”
Rev. Jan Sloan

“Forgive me for taking so long to write to you. Having seen you at our Center in April 2008 was a great experience for us. We thoroughly enjoyed your presentation of The Master and the Essenes. It was an exciting way of refreshing our memory about the events of the Easter season, but because of your excellent portrayal of these events I felt I was right there at the scene with you. Your portrayal of the events as they happened was indeed very striking. It was also a learning experience as many individuals were not aware of the Essenes and thee part they played in Jesus’ indoctrination. I would indeed recommend this drama as an outstanding event for any Christian organization. We sincerely hope you enjoyed being here as much as we enjoyed having you. We would like to keep in touch with you in the event you have other religious portrayals in your repertoire. All the best to you as you continue to do God’s work.”
Rev. Tamara Swan Mason

“Your play The Master and the Essenes was both moving and inspiring. The character you portray on stage made Jesus the man, come alive. More significantly, the spirit of Jesus felt real, immediate, intriguing and powerful.”
Rev. James Sherman

“The Master and the Essenes achieves a rarity in Christian teaching and communication. Both the uninitiated and those with substantial Biblical and historical knowledge get to thrill at mark Finnan’s masterful portrayal of a peripheral disciple and witness of Jesus of Nazareth. I brought two guests to Mark’s performance, one an evangelical Bible ‘thumper’, the other a New Thought devotee with very little Bible exposure. Both of them (and I and I !) Were enthralled by the passion and understanding with which Mark blessed us on that amazing night.”
Rob Pristas

“Mark brings to life one of the many stories touched so powerfully by the life of the Master. He brings to life and into your heart the time and the story in a way that embraces the truth of us all.”
Gini Hood

“It was like I was there. I really enjoyed The Master and the Essenes.”
“Mark transported me through time and space to experience the living Jesus of Nazareth in the present moment. Simultaneously I was a fellow person and fellow witness to the miraculous and blessed teachings of the Master.”
“Each word, each gesture was delivered with tender devotion and great theatrical skill. Clearly a co-creation designed to be a vehicle for remembrance and connection with the Living Word, the Living Waters that Jesus Christ brought to man.”
Audience members

“Mark Finnan draws us into the heart of our own experience of Jesus. His acting is flawless, but it is the magical connection with his audience and the characters he presents that cause our spirits to soar.”
Sue Thoele

“Consummate acting in the telling of a fascinating and profoundly moving story. More people should see this.”
Rev. John Rossner

“I found the performance wonderfully presented. Thank you for enriching us with your gifts.”
Valerie Nemeth

“Mark’s one-man play brought to life a time I longed to know more about. A passionate and moving portrayal. I truly enjoyed The Master and the Essenes.”
Lori Nisson

“A most informative and moving experience”
“I really felt touched by Mark’s performance and presentation.”
“The Master and the Essenes is a great piece of work which should be more widely seen.”
Audience members

Performed in contemporary or period costume with recorded sacred music of the Middle East, each of these one-man sacred dramas stands alone and can be presented in any suitable space. Little is required by way of technical set-up. These works have been performed in churches, spiritual centres, at conferences and festivals in Canada and the United States. The performance fee is flexible, depending on venue and attendance.

For further information and to book a performance email mfinnan@bell.net or call 705-745-7188.